Where to next?
Gallery 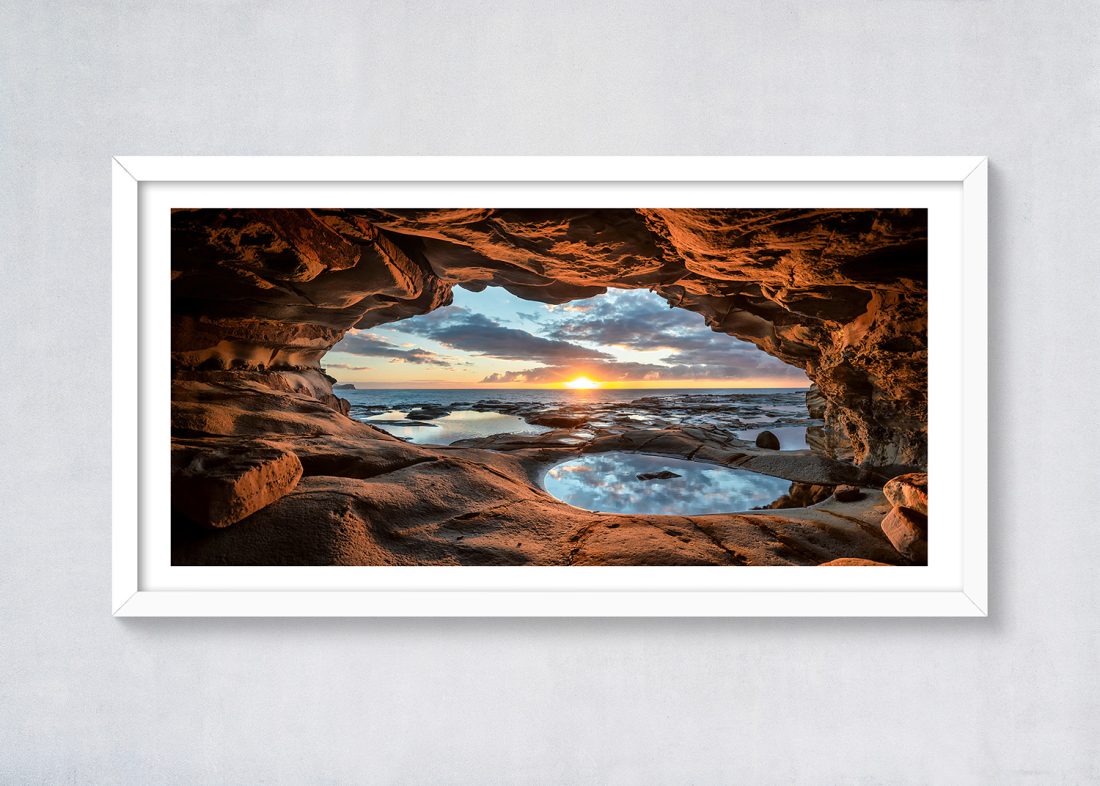 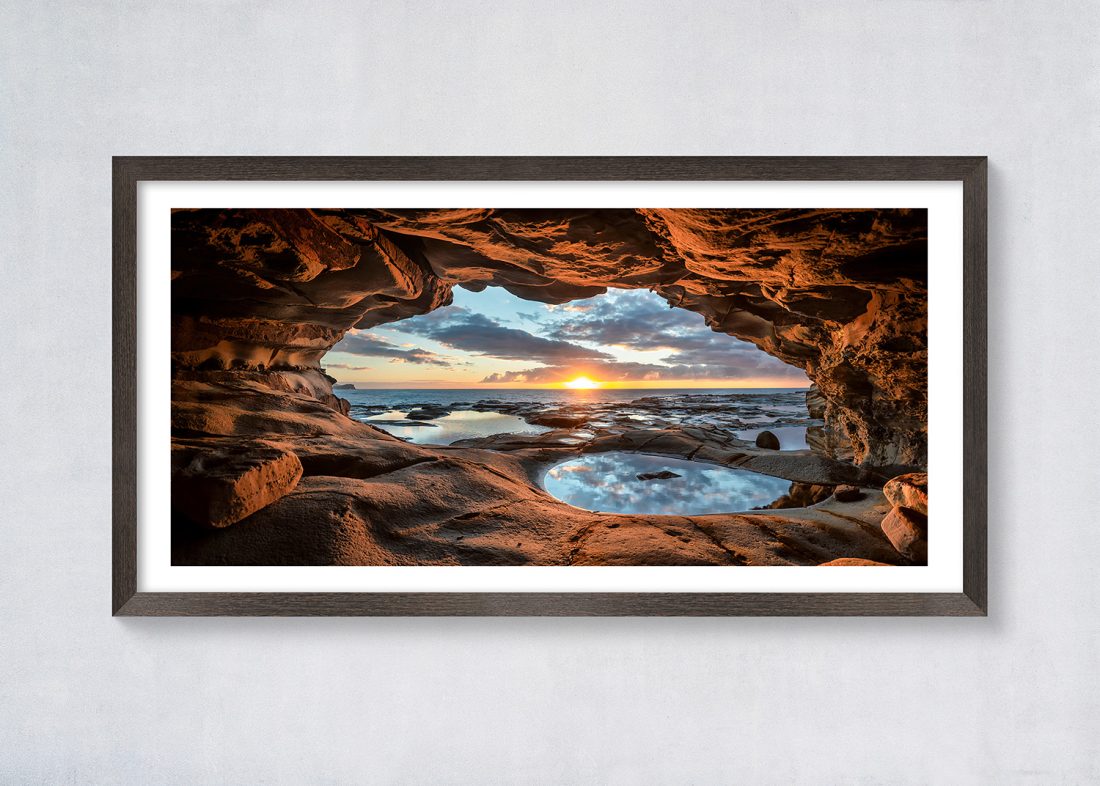 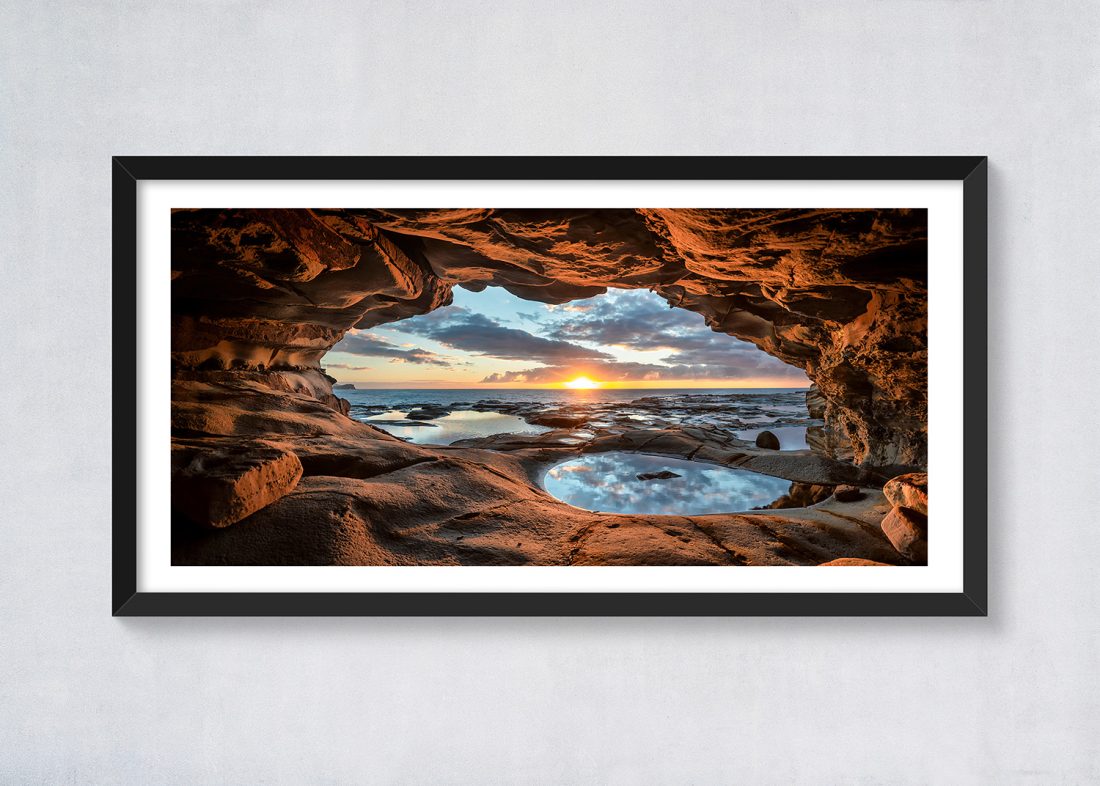 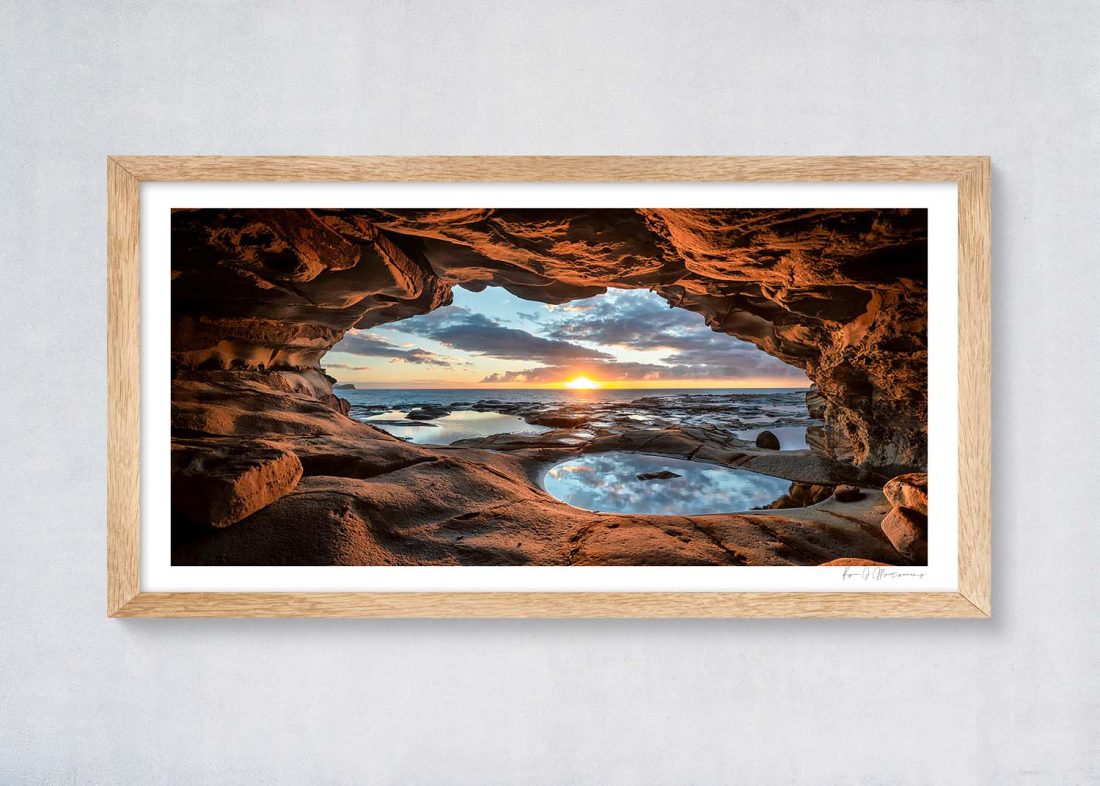 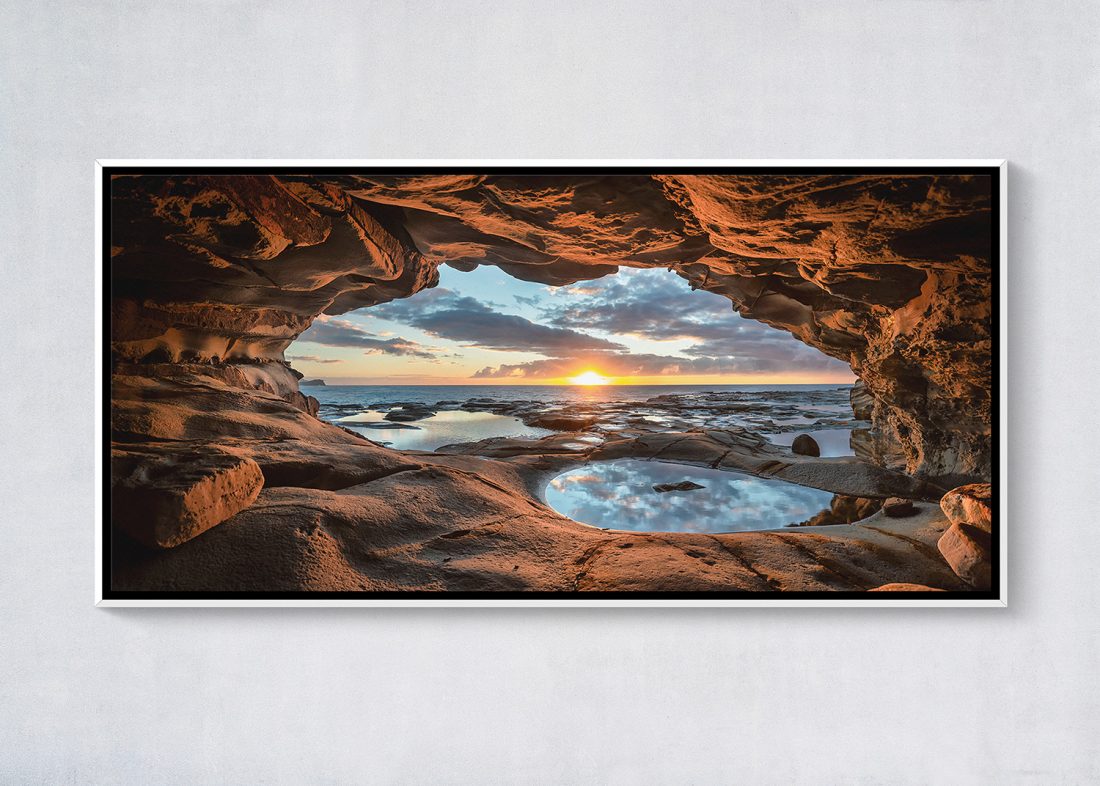 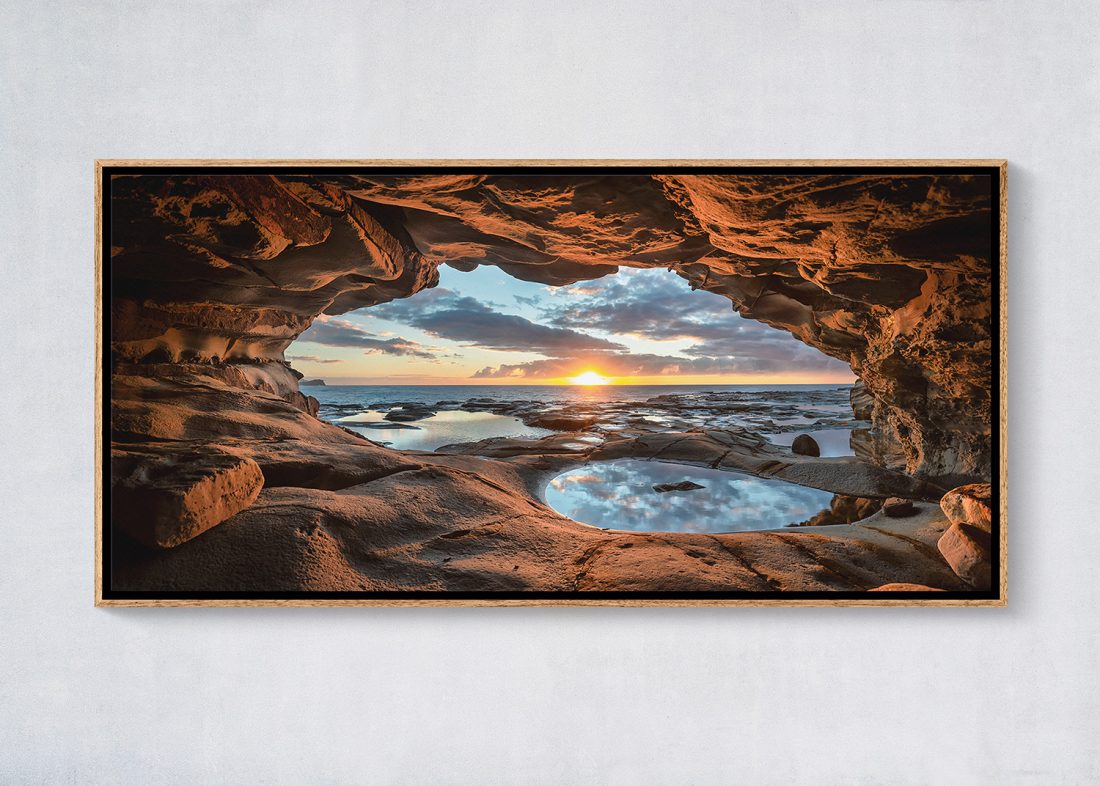 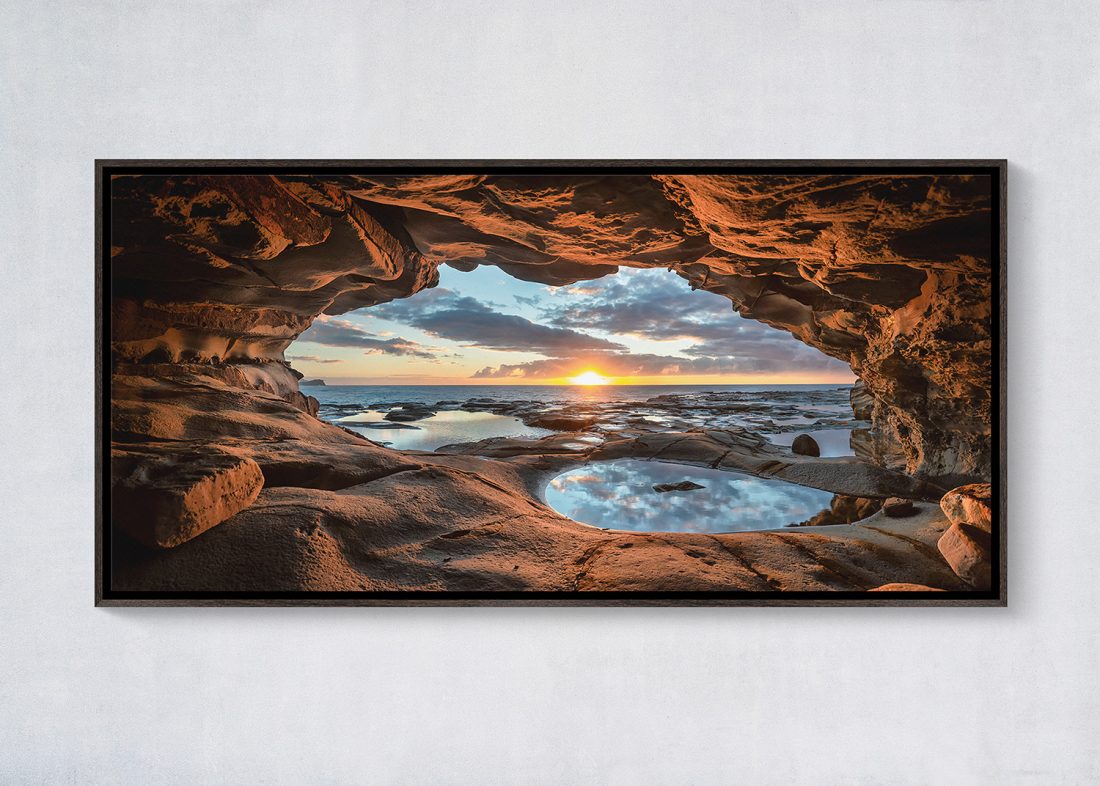 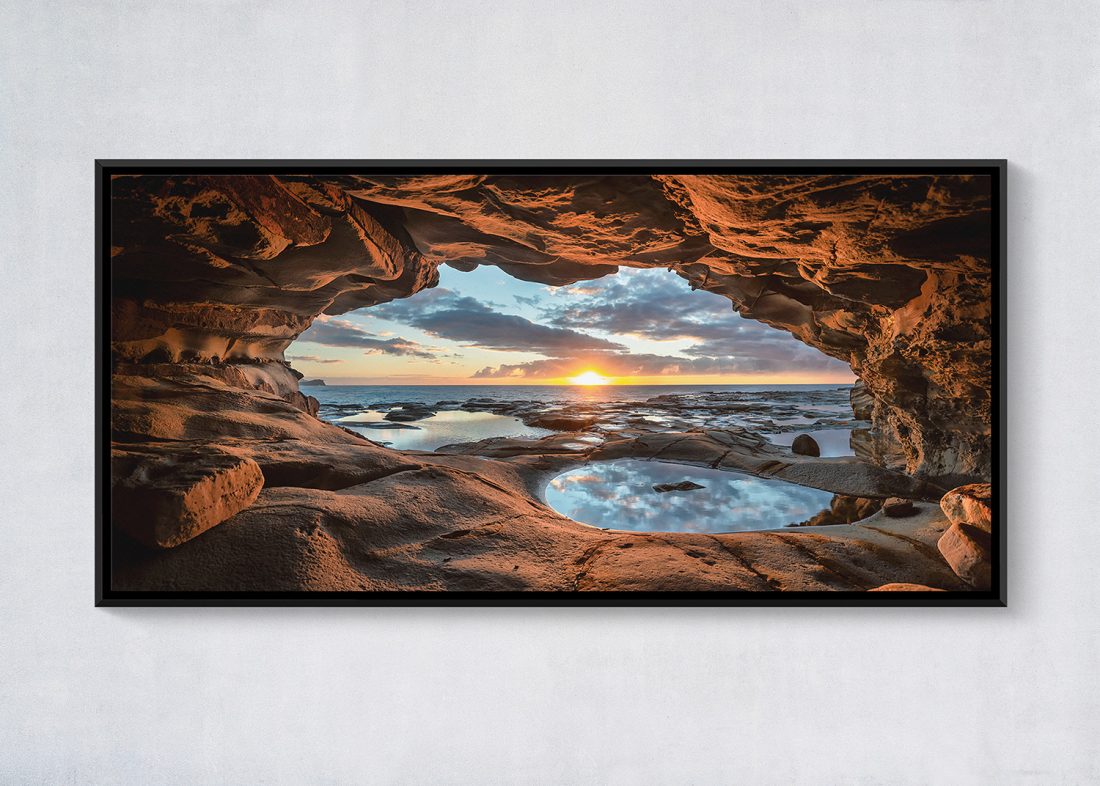 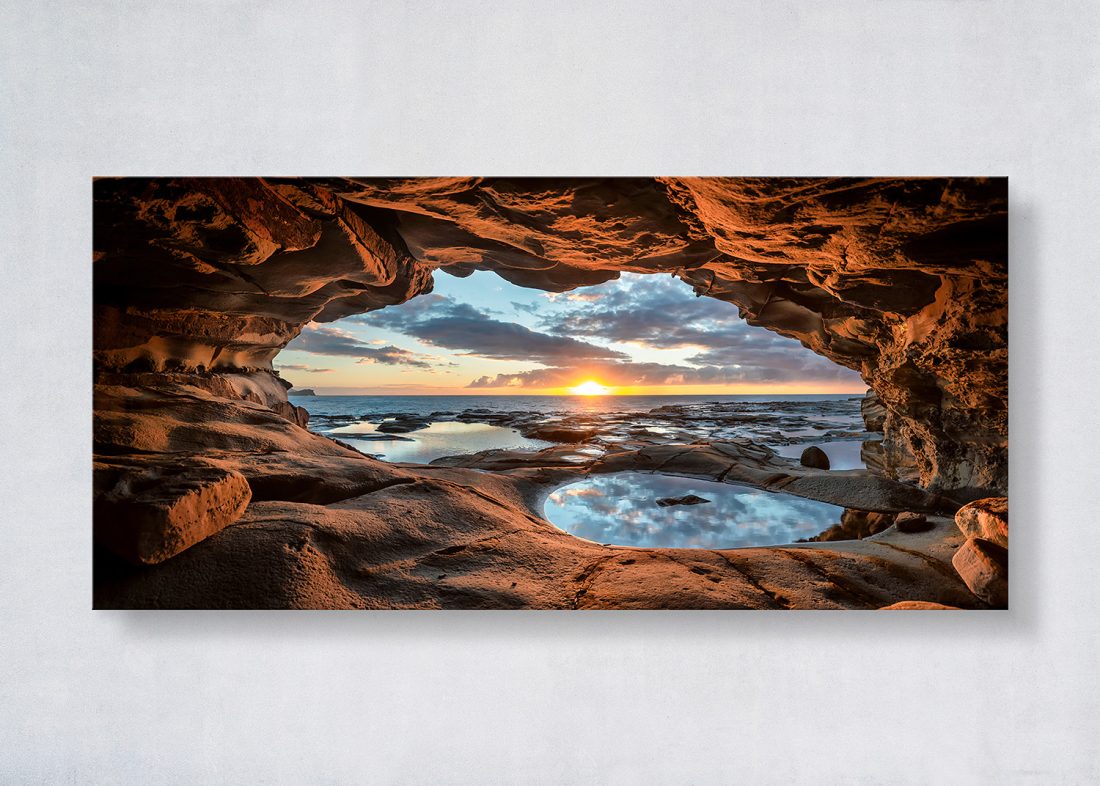 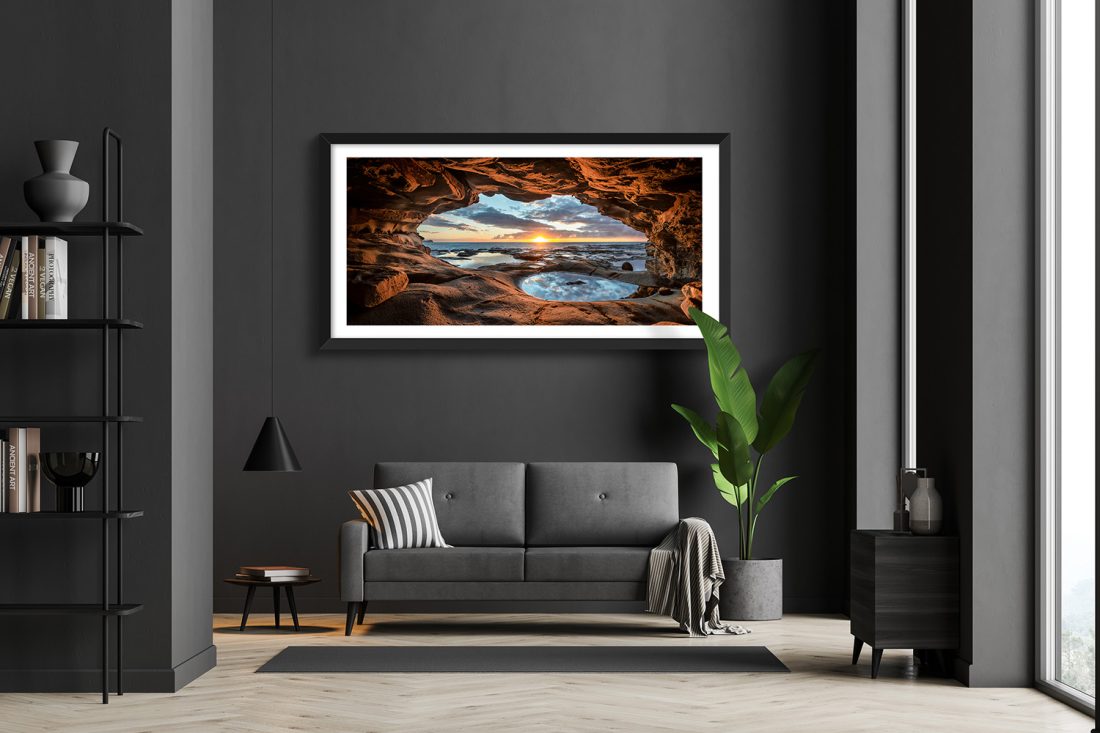 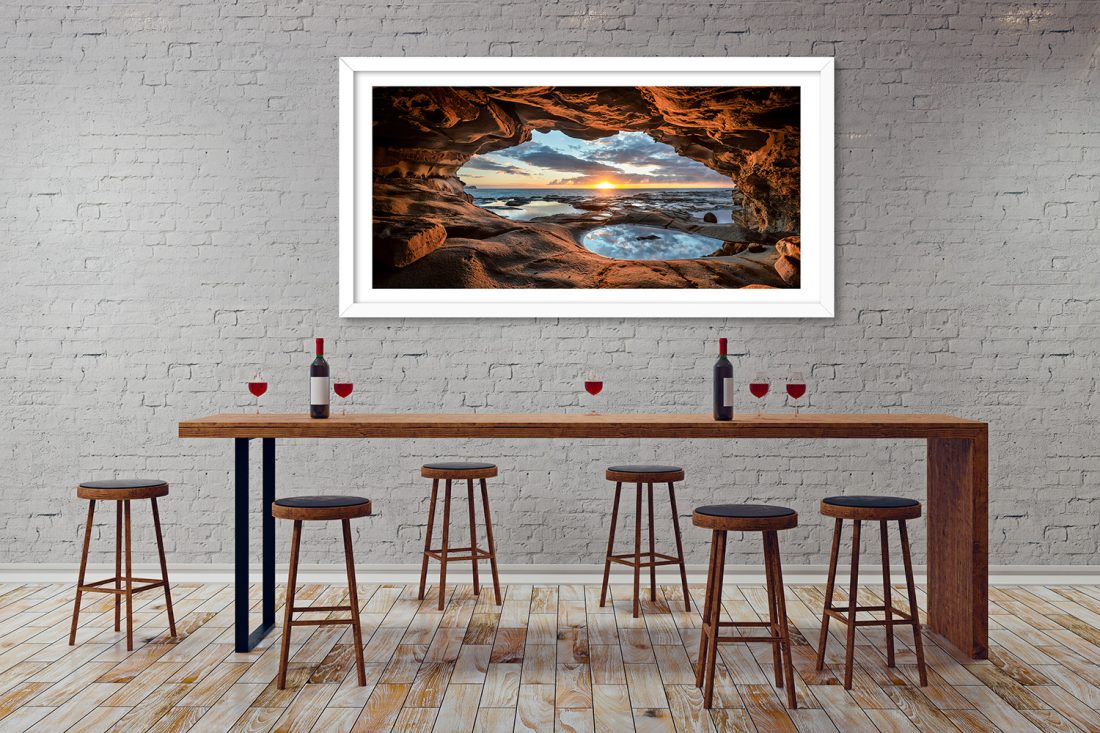 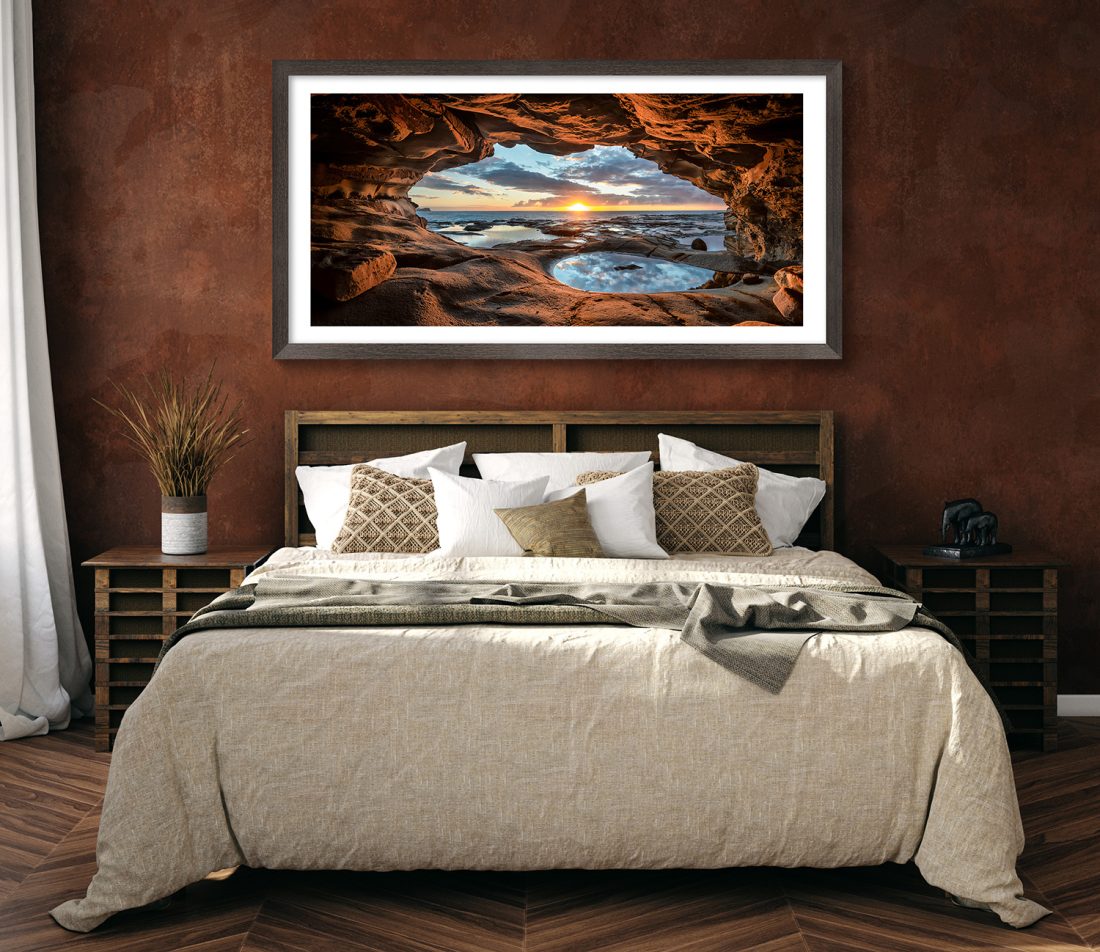 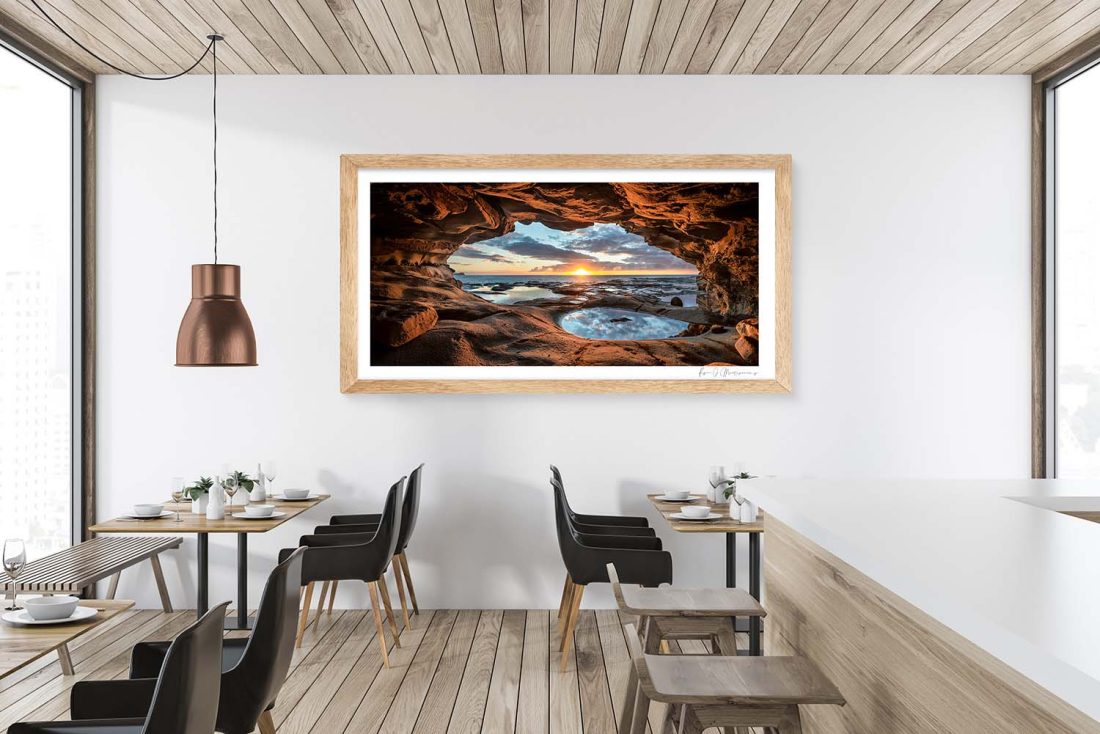 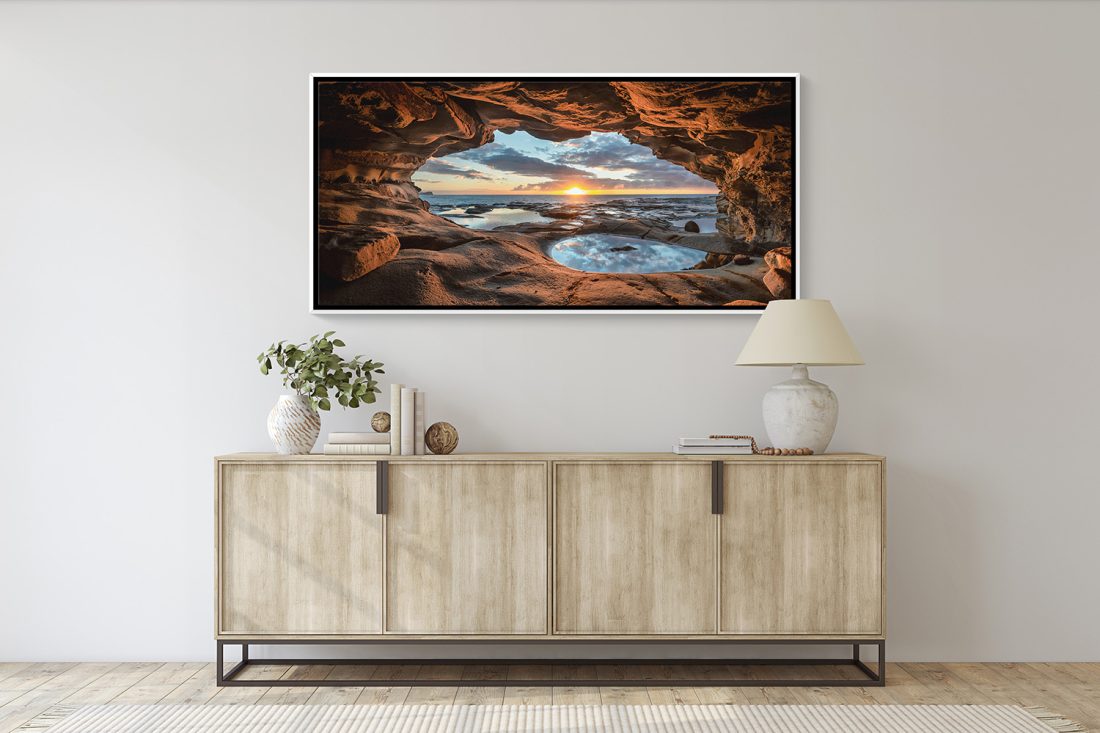 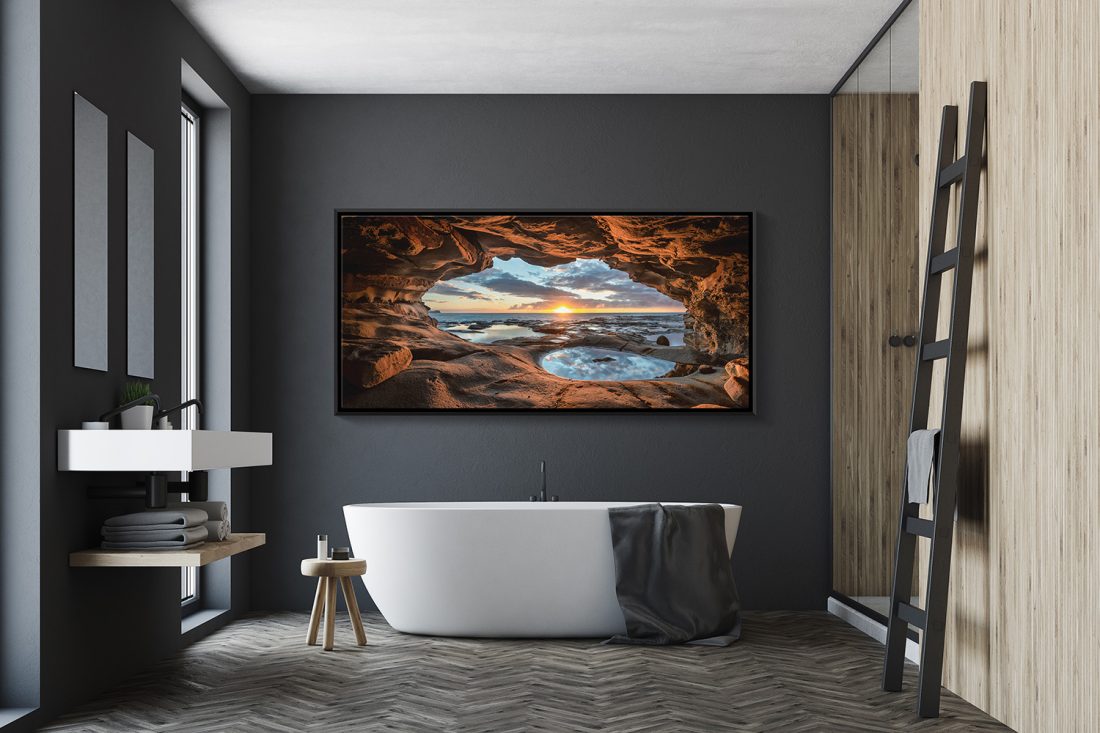 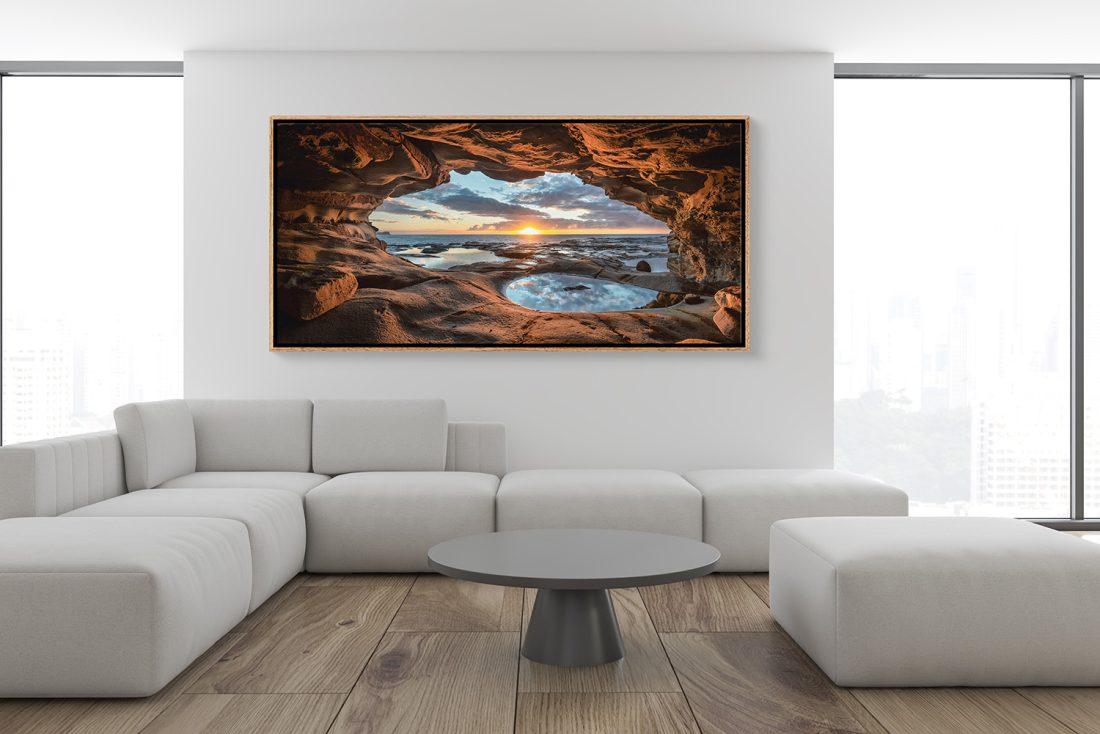 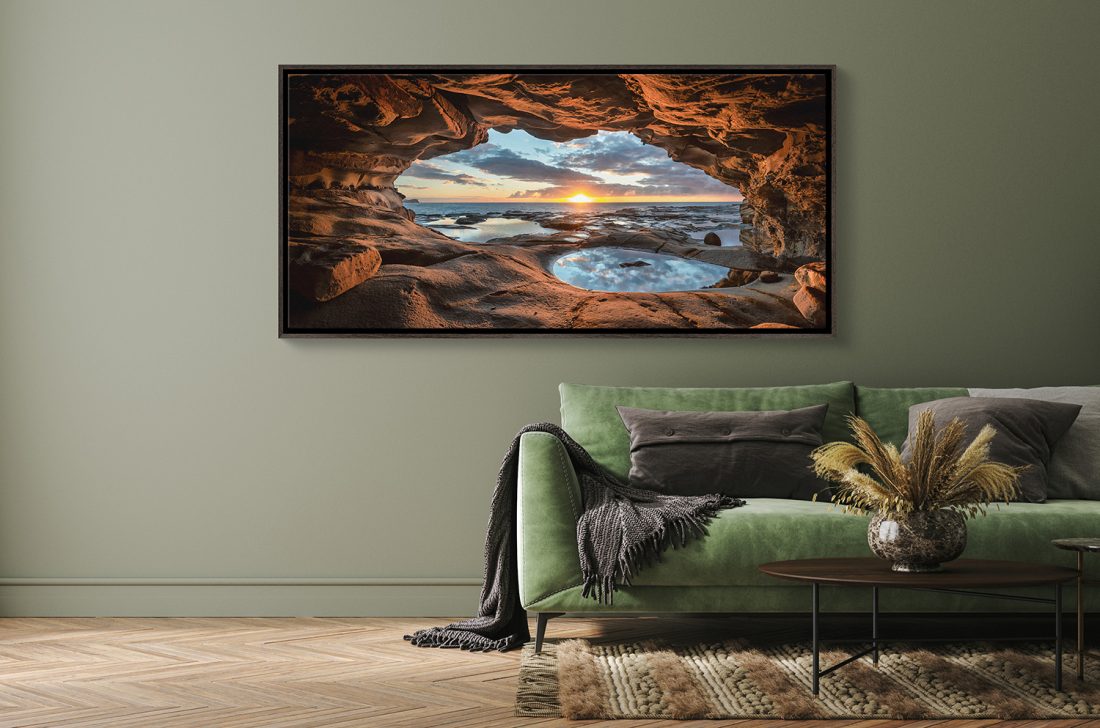 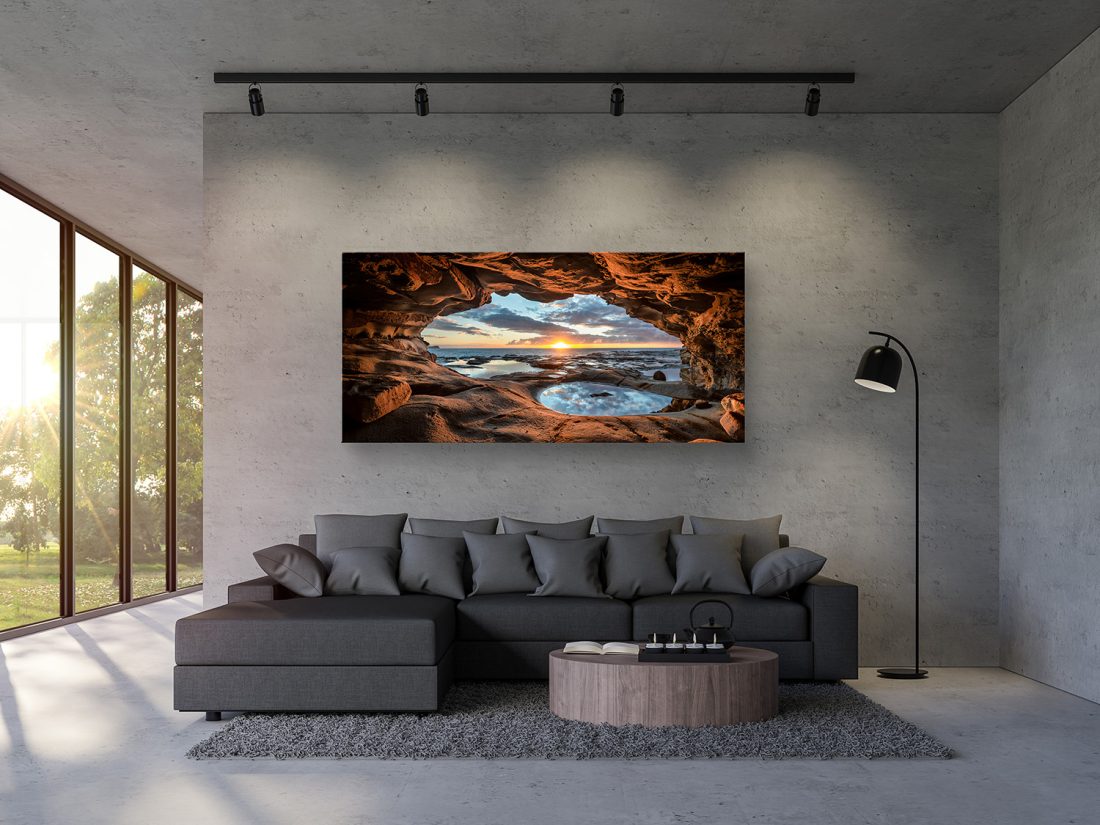 Australia Cave was taken at Avoca Beach on the Central Coast of Australia, is a highly popular image in the RJM gallery and was listed as a standout image in the 2021 Nature Conservatory photo contest.

The image has become iconic within the local community as an image that stores a piece of history for the cave, as the entrance to the cave resembles closely to the shape of Australia (perhaps a very large Tasmania), and has since been completely obstructed by rocks fallen from the cliff above during a severe storm.

Prior to taking this image I had visit the spot multiple times, but something didn’t seem to seem to align the right way. The first time was too cloudy and didn’t really show off the magic of the cave. The next few times the sun didn’t quite seem in the right spot. But this time, everything was perfect. The sun was right in the middle of the cave, and popped through the clouds, illuminating a nice warm glow on the rocks of the cave.

Coming back again and again to capture an image that has now become a historical photo is the one of the main reasons I love creating fine art photography.

Print Sizes (measured by longest side of the print)

Product images are mock-up visual displays of the products. The final product may appear slightly differently due to different textures and grains in the wood material as each product is custom-made. For more in-depth information about the product materials, visit the product details page

There are no reviews yet.

Be the first to review “Australia Cave” Cancel reply